The five most common defects in used cars

Be careful when buying a used car. You should pay particular attention to the following five shortcomings in order not to make a frustration purchase: 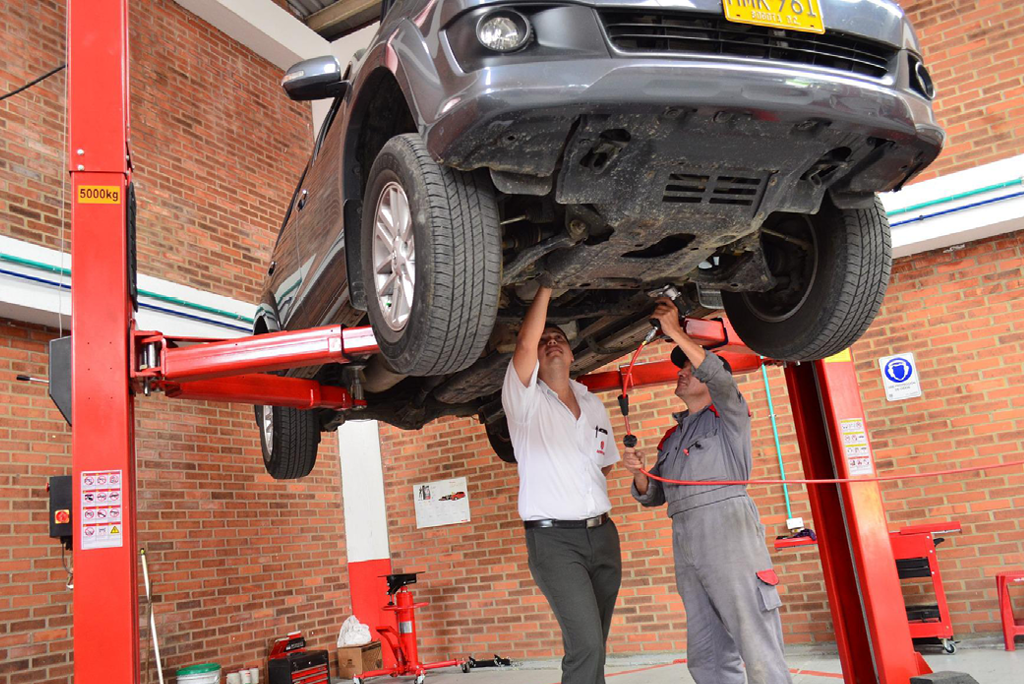 In order to start a car with a manual gearbox or change gear, the engine's rotational power must be briefly disconnected from the gearbox and then reconnected after the gear change. This process takes place through the clutch, which can quickly break down due to the heavy use.

City traffic in particular means frequent clutch engagement and rapid wear, which is why it is important to drive carefully. If the clutch is not fully depressed, or depressed for too long at red lights instead of engaging neutral, its life will be significantly more limited.

A defective clutch is usually manifested by mechanical noises, rough gear changes and the fact that the car only moves with a lot of gas. Car owners shouldn't wait too long before getting repairs, because if the connection between the engine and transmission can no longer be made properly, safety and driving ability are at risk.

If you are careful when buying a used car, you can save yourself a clutch repair, since you can already tell if the clutch is worn during the test drive. You test it by applying the handbrake and gently accelerating in top gear. If the power train is working properly, the engine should stall.

Loud noises and visible smoke - these abnormalities are usually caused by the exhaust system as a typical wearing part. Holes and tears, torn suspension rubbers or loose baffle plates can be the cause of the problem.

Motorists should not take a defective exhaust system lightly, because it is often a part of the engine in terms of control technology. If it becomes a problem, other parts can be damaged and the risk of accidents increases. In addition, fuel consumption increases. In the worst case, exhaust gases can even get into the interior. Then life is in danger.

Before buying a car, we therefore recommend a visual inspection on a lifting platform, as damage to the exhaust can often be quickly clarified there.

If the car is losing engine oil, the cause must be found immediately. Because the loss of engine oil can lead to serious engine damage, which entails a very expensive repair. Troubleshooting for this is usually very time-consuming and expensive, because there are numerous possible causes of oil leakage. In the best case, only an easily accessible seal needs to be replaced or the screws on the oil pan re-tightened. Leaking hoses in the engine compartment are more expensive. In the worst case, the entire transmission has to be removed or replaced for the repair.

Loss of oil can often be recognized by a puddle of oil that forms under the engine when the engine is parked for a long time. A very oily underside of the engine is also suspicious and should lead to questions for the seller, as should a freshly washed engine, since such a wash is intended to partially conceal a defect. Rapid overheating of the engine and, of course, unusually high oil consumption are further signs.

Not only are they subjected to a lot of stress, they are also exposed to objects on the road. If a person is unlucky and runs over nails, broken glass or debris, or hits a curb at high speed, this can lead to dangerous damage, which in the worst case can cause the tire to burst while driving. Such damage is often not discovered by amateurs, which is why it makes sense for a professional to take a look at the tires after such incidents.

Differently worn tire profiles are easier to recognize. If the middle part of a tread wears more than the edge, this indicates that the tire has been over-inflated most of the time. If the tread is less deep at the two edges than in the middle, this is an indication that the air pressure in the tire was usually too low. Apart from the fact that profiles that are worn to varying degrees worsen braking behavior, air pressure that is often too low can lead to the tire sides being "flexed" too much. This reduces the stability of the tire and it can also burst while driving.

Overall, the general condition of the tires, their age and tread depth must also be taken into account. If the tire is cracked or older than six years, a new tire is required. The same applies if the legally prescribed minimum tread depth of 1.6 millimeters for summer tires and four millimeters for winter tires is not reached. Many experts even recommend replacing summer tires when they are less than 2.5 millimeters thick.

Brake wear is difficult for a layperson to tell because tires and mileage don't say much about them. The wear and tear of the brakes depends much more on the driving style and the respective type of car. Because brakes are so important for safety, they - like the tires - are checked at every HU. But even in between, it can't hurt to keep an eye on the brakes. Does the braking behavior change? Does the brake pedal need to be pressed harder to achieve the same braking performance? These are signals to be taken seriously. Is there a grinding noise when the brake pedal is pressed lightly and does this noise not stop even after a few kilometers? This indicates worn brake pads that should be replaced quickly as they pose a significant safety risk.

Prospective buyers of a car are advised to look at the documents from the last general inspection to find out when the next brake disc change might be due. These should be replaced at most every second brake pad change.