Live auctions as an additional purchase option: Trust is good, control is better

Vehicle trade as a second mainstay

Helmut Kuper has been running an independent garage in Lathen in Emsland for 10 years. From the very beginning the used car trade has been his second lucrative mainstay. The vehicles for this are primarily obtained from Buchbinder's quarterly live auctions in Neunburg vorm Wald in der Oberpfalz – an event that is always worthwhile for him. 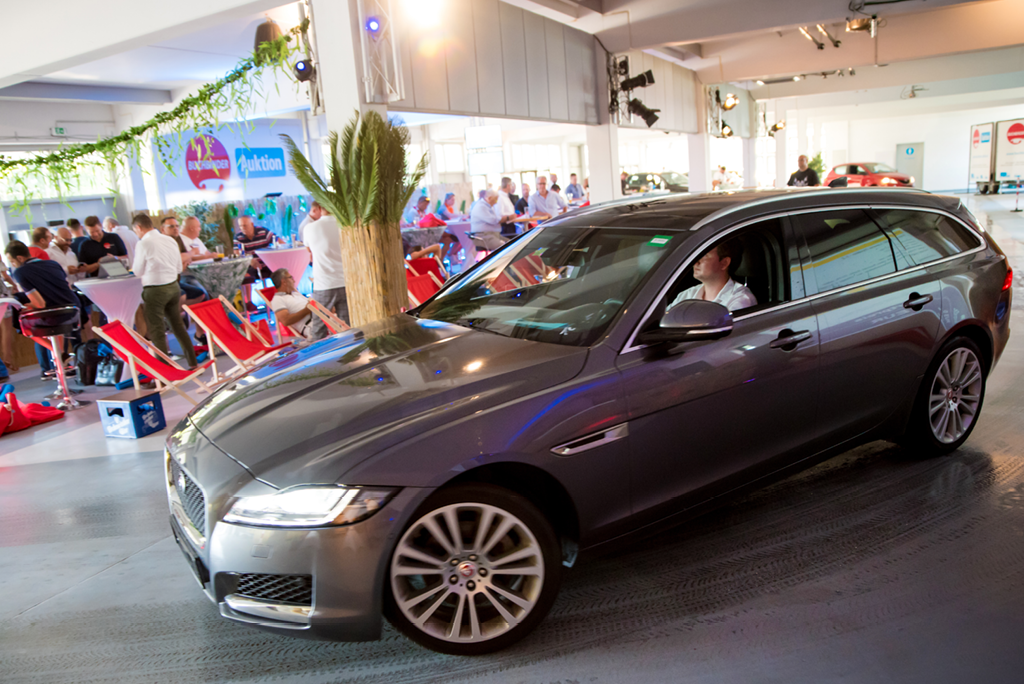 Helmut Kuper is a car mechanic through and through. From engine diagnosis to accident damage, he and his eight employees help car owners with all matters relating to their vehicle. And with great success: In 2010, his commitment brought him second place in the "Workshop of the Year" competition. In 2013 he was again in the top 10. And yet Kuper has also been a dealer from the start.

"I've always been interested in this area," says the managing director. "It's fun, the customer contact is different. And it's a very lucrative addition to my main business."

Initially, according to Kuper, he only sold trade-ins from customers and vehicles that he had bought on car exchanges. He had also tried various online auctions, but the auctions there were too impersonal for him. In 2014 he received a tip from a dealer colleague to take a look at the used vehicles at Buchbinder. He got in touch with the company, was given a tour of the 330,000 square meter Buchbinder logistics center in Neunburg vorm Wald and was ultimately convinced that he had found a good partner here. "The selection of vehicles is huge, especially young used ones, and what is particularly important to me, the personal contact with the employees at Buchbinder was also right. After all, buying a vehicle is always a matter of trust."

In January 2016, Kuper was there at Buchbinder's second live auction in its logistics center. "Back then, the auction only lasted one day, and I was still very successful there. Since then, I've hardly missed a live auction, even though the event now lasts three days. In total, I've been there 17 times and have bought over 220 vehicles. Once there were even 27 vehicles that I was allowed to pick up after the auction in Neunburg vorm Wald."

What attracts Kuper to the live auctions time and time again is not only the huge range - more than 1000 vehicles of all types and price ranges come under the hammer every time - but also the special features of participating on site. "Of course, I could also bid for the vehicles in the parallel online auction. But on site I have the opportunity to see and smell the vehicles that I previously looked up online myself. After all, the smell in the interior must also be right in order to be able to sell a vehicle well." It is also possible to bid on vehicles below the minimum bid on site. "All in all, it's the easiest and safest way for me to shop.”

Another advantage at Buchbinder - both online and on site - is that all the vehicles on offer come from the company's own fleet. As a result, there is no auction premium, and there are no reservations or renegotiations, the decision to sell is made immediately when the bid is accepted. In addition to that, all vehicles start without minimum price at the still-for-sale auction on the third day of the live auction.

A kind of all-round carefree supply and entertainment package ensures that Helmut Kuper and the more than 100 on-site bidders are doing well during the multi-day event. "We have numerous free services available for all on-site participants in our auction," says Christina Schmalisch, Remarketing Team Leader at Buchbinder Auction. "This means that our guests don't have to pay for food, drinks, hotel accommodation and our VIP shuttle transfer from the hotels to the event locations and back, nor for our extensive entertainment and evening program.

In addition to joint dinners as well as music and show performances this also includes sweepstakes and joint trips." So if you want to, you only have to plan how to get there and back and can concentrate fully on the auction or enjoy the program in between.

The fact that live auctions are worthwhile and fun has got around among dealers and other tradespeople, not only in Germany but also in other countries - from the Netherlands to Slovakia and Italy. In the end, Kuper was also impressed of this internationality.

"Even though the journey from Emsland to Bavaria and back and the auctions itself are very exhausting, every tour is not only an economic benefit," the workshop operator concludes. "Whether hotels, shuttle service or catering on site: everything is perfect. I also get to know dealer colleagues from Germany and abroad and have interesting conversations. The evening events are also great." He will particularly remember the boat trip on the Danube last year (2019).

Helmut Kuper is already certain that he will continue to rely on Buchbinder's live auctions: "I will definitely remain loyal to the live auctions in Neunburg vorm Wald. And I can only recommend it to any colleague who also sells vehicles on the side to take a look at the event."