Mr. Utke, the situation on the used car market has been getting worse and worse for a good year now. Why is that?

The main reason for the lack of used cars lies in the problems in the production of new cars. Car manufacturers have not been able to keep up with the production of new cars for a long time. The reason is the currently disrupted supply chains and the lack of important components. What was initially lacking was semiconductors in particular, but over time new raw materials and preliminary products were constantly being added. Most recently, the Russian war in Ukraine, where most cable harnesses had been manufactured up until then, and the strict corona lockdowns in China with the closure of entire plants and the port of Shanghai exacerbated the situation. 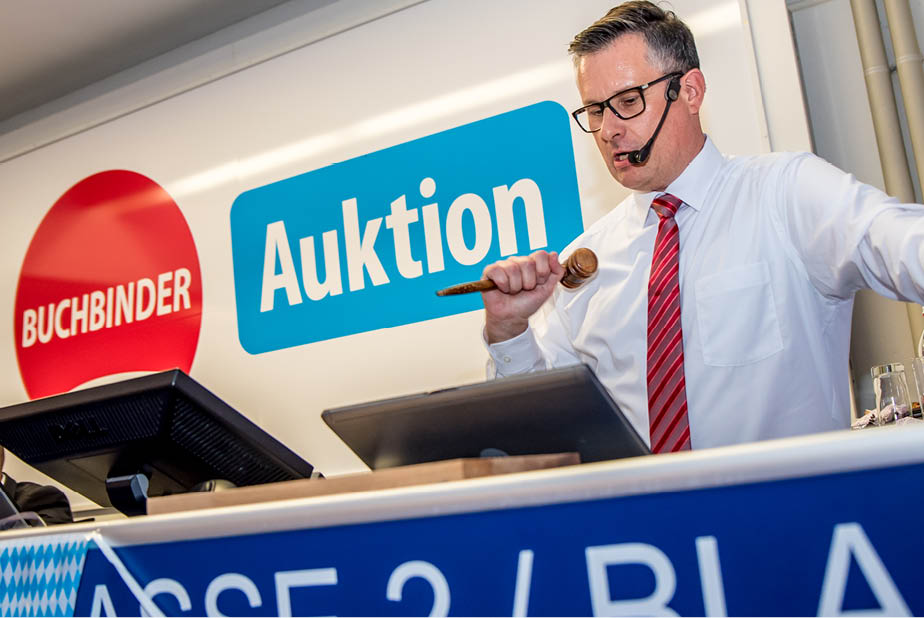 This is associated with extremely long delivery times, which not only cause problems for private customers, but also for large company fleets such as the rental car fleet of Europcar and Buchbinder. Accordingly, existing vehicles are kept longer and are now missing on the market. At the same time, the lack of new cars - and certainly also the uncertainty about how things will continue with combustion engines and electric cars - increased interest in used cars. Initially, young used cars in particular were in demand instead of new cars. This interest then set in motion a demand and price spiral that has meanwhile reached almost the entire market.

A survey we conducted among independent car dealers recently showed that in 2021 more than half of them were already experiencing increased demand. With one in four, demand even increased by 10 to 20 percent compared to earlier times.

Vehicles are still regularly offered on buchbinder-sale.de despite the empty used car market. How do you get these vehicles?

As already mentioned, we naturally also suffer from the long delivery times for new vehicles. This is also reflected in the number of vehicles that we can currently offer on our portal. However, the entire joint rental car fleet of Europcar and Buchbinder comprises tens of thousands of vehicles in Germany alone. There are still enough returns every month to be able to provide dealers, workshops and other tradespeople with an attractive offer, at least via our auction channels.

Our selection here is still relatively wide and ranges from small cars to commercial vehicles, from young used vehicles to long-distance vehicles and from vehicles with slight signs of wear to accident vehicles. As a further plus point, in addition to the usual model information for all available vehicles, we offer detailed status reports and meaningful photos, which are created by an independent team of experts. In addition, buyers can look forward to fair, transparent prices with us, as there are no middlemen or auction service providers who make a profit, and there are no hidden costs, for example for vehicle transport or document preparation.

All in all, dealers, workshops and other tradespeople can always be sure that they will still find what they are looking for with us in the future.

Will this soon also apply to electric vehicles or vehicles with other alternative drives? When do you expect these vehicles to be offered on buchbinder-sale.de?

Of course, we will increasingly offer used electric and hybrid vehicles over the next few years. The first vehicles are already in use in the rental car fleet of Europcar and Buchbinder, and their share in the fleet is constantly being increased. With a slight delay, we will make these cars available on our sales platforms as well as other returns from our fleet.

What unfortunately stands in the way of our commitment, especially with regard to electric vehicles, is the hesitant attitude of some people towards this technology. Part of the reason for this is certainly that some people shy away from the effort of dealing with the changes and innovations in operation that electric drives bring with them. The range of e-cars and the weak expansion of the charging infrastructure are not yet convincing for some people interested in renting a car.

With the further technological development and the expansion of the charging stations, the situation will probably look very different in a few years. As is well known, intensive research is being carried out, particularly in battery technology and charging technology, in order to increase range, battery safety and battery life and to reduce charging times. One keyword, for example, is the solid-state battery. In my opinion, if a breakthrough is achieved here, things can happen very quickly. Then we too will be able to increase our range of e-cars even faster.